Mantis innovates with the only real-life Vision Picking solution

Behind the hype of the Augmented Reality (AR) based "Vision Picking" applications is hidden the fact that the AR technology is still immature for the long and intensive usage required in the distribution centers and most of the times end-up hindering instead of facilitating the workers.

Mantis, relying on its 20+ years’ experience in enhancing its advanced WMS with high productivity Light/Voice-directed automations, designed and developed VVR, that is probably the first real-life Vision Picking solution in the world.

At the heart of these distribution centers, lies the process of order picking, with a cost that can amount to up to 65% of the total cost of operations. The optimization of picking requires the constant adoption of innovative ideas and solutions that increase productivity and effectiveness, minimize errors and enhance security.

The only formula that has historically been shown to improve on all these aspects is the reinforcement of the synergy between humans and technology. This reinforcement is achieved by bringing technology closer to the people, while ensuring that their interaction is as natural as possible, so that technology complements the person’s abilities, rather than hindering them.

VVR by Mantis: the only real-life solution for Vision Picking

Specifically, the user wears the devices instead of holding them, as they would do with the traditional RF terminals, and interacts with them visually and vocally, without needing to type or press buttons at all. Therefore, they enjoy total freedom of movement and their work becomes less stressful and more productive.

It is worth mentioning that VVR speech recognition allows the system to be operated via voice commands even in very noisy environments, and also that VVR exhibits a very short and frictionless learning curve, a crucial factor to the successful adoption of any solution.

Finally, VVR's utilization of wearable devices, which are less likely to fall and be damaged in comparison to handheld terminals, results in substantial cost-savings for equipment maintenance.

Mantis' plethora of successful installations is a testament to its expertise with Voice Picking and Pick to Light solutions, but in addition to that, Mantis has always strived to offer the most advanced solutions to its customers. VVR is a product of Mantis' dedication to innovation, that is proposed as an alternative and cost-effective picking solution, designed to compete on an equal basis with the traditional picking methods.

VVR excels in the facts that it does not require expensive and time-consuming installation and maintenance, that it is capable of multi-modal operation (vision and voice), which reduces both the probability of errors and the required mental effort, and that it does not require matching the equipment with specific users. The employees simply put an available VVR set on and can start picking immediately.

"An image is a thousand words" is the most accurate description of the VVR experience, which is only made possible by the combination of ergonomic equipment with the Vision Picking application, that has been designed in-house by Mantis according to its extensive experience, as well as international specifications for smart glasses applications (Google, etc.). Finally, it is worth noting that VVR integrates with Mantis' WMS system natively, without third-party software, significantly reducing the overall cost of the solution while also improving the system's responsiveness.

Many other solutions are based on technologies that are still immature for the long and intensive usage of the demanding environment of distribution centers and end up hindering instead of facilitating the workers. They often fail to provide the immediate response time that is required by neuralgic applications, which employees will be interacting with for 8 hours every day. Additionally, computer vision-based systems tend to overly rely on the visual depiction of information on the head-mounted display (HUD), causing severe eyestrain and also, due to the fact that they require high processing power, the user is often forced to work strapped with cables.

VVR revolutionizes Pick to Cart, Put Wall and Case Picking solutions and adds to Mantis' multi-year course as one more proof of the company's commitment to innovation.

With its headquarters in Athens Greece, Mantis is a major WMS software vendor in Europe. With more than 450 clients, it has a worldwide presence with offices in the USA, Canada, Poland, Romania, Cyprus, Israel and Turkey as well as a wide network of affiliates with strong local support in almost all of Eastern Europe, Israel, UAE, Russia and Thailand. As part of its growing customer base and software functionality, Mantis has successfully expanded to North America through the acquisition of Insight Technologies Group.

VVR by Mantis has already been implemented in real environments and has been studied in collaboration with the School of Financial and Management Engineering of the University of the Aegean. The results of the study have been presented in two conferences and will soon be published in multiple scientific magazines. The study will also be included in Kogan's Supply Chain Collective Volume (Supply Chain 4.0 - Improving supply chains with analytics and Industry 4.0 technologies), which will be released internationally soon. 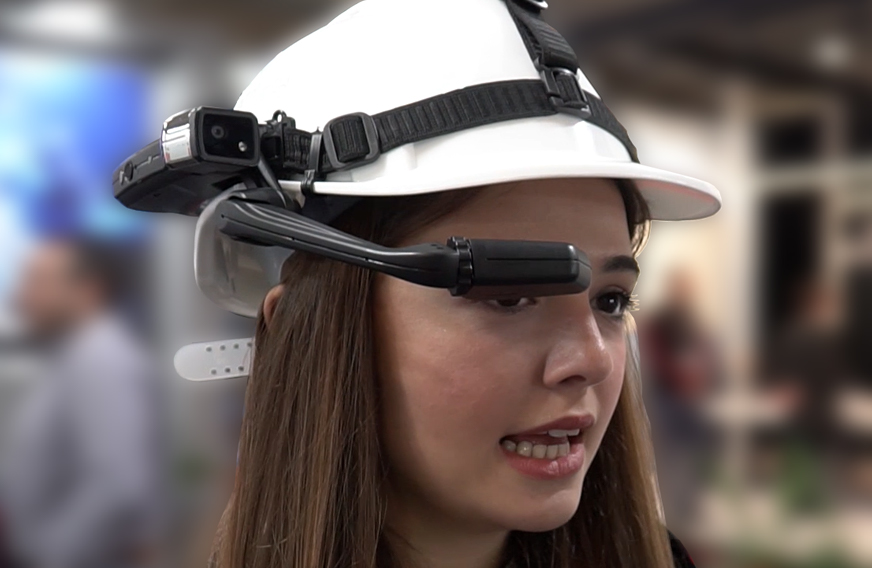